Representatives of local self-governments Aleksinac, Becej, Bor, Zabalj, Knjazevac, Leskovac, Nis, Novi Sad, Surdulica and Cuprija participated in the second plenary working meeting in Nis on June 15th and 16th, 2021, organized by the Centre for Education Policy, within the project Together in transition - Support to Children from Vulnerable Groups in Transition to Secondary Education, which is implemented in partnership with Pestalozzi Children Foundation and with support of the Ministry of Education, Science and Technological Development. Bearing in mind that schools that participate in the project are located in the mentioned local self-governments, the aim of the meeting was deliberation of support measures for students from vulnerable groups.

During the first day of the meeting, the participants were addressed by Ms Snezana Vukovic, PhD, from the Ministry of Education, Science and Technological Development, Ms Dragana Malidzan from the Social Inclusion and Poverty Reduction Unit of the Government of the Republic of Serbia, Ms Milena Radomirovic from the Standing Conference of Towns and Municipalities and Mr Zarko Stepanović from the Ministry of Human and Minority Rights and Social Dialogue on the topics of strategic development of education, intersectoral cooperation, local budget processes and the role of civil society in creating and implementing public policies. 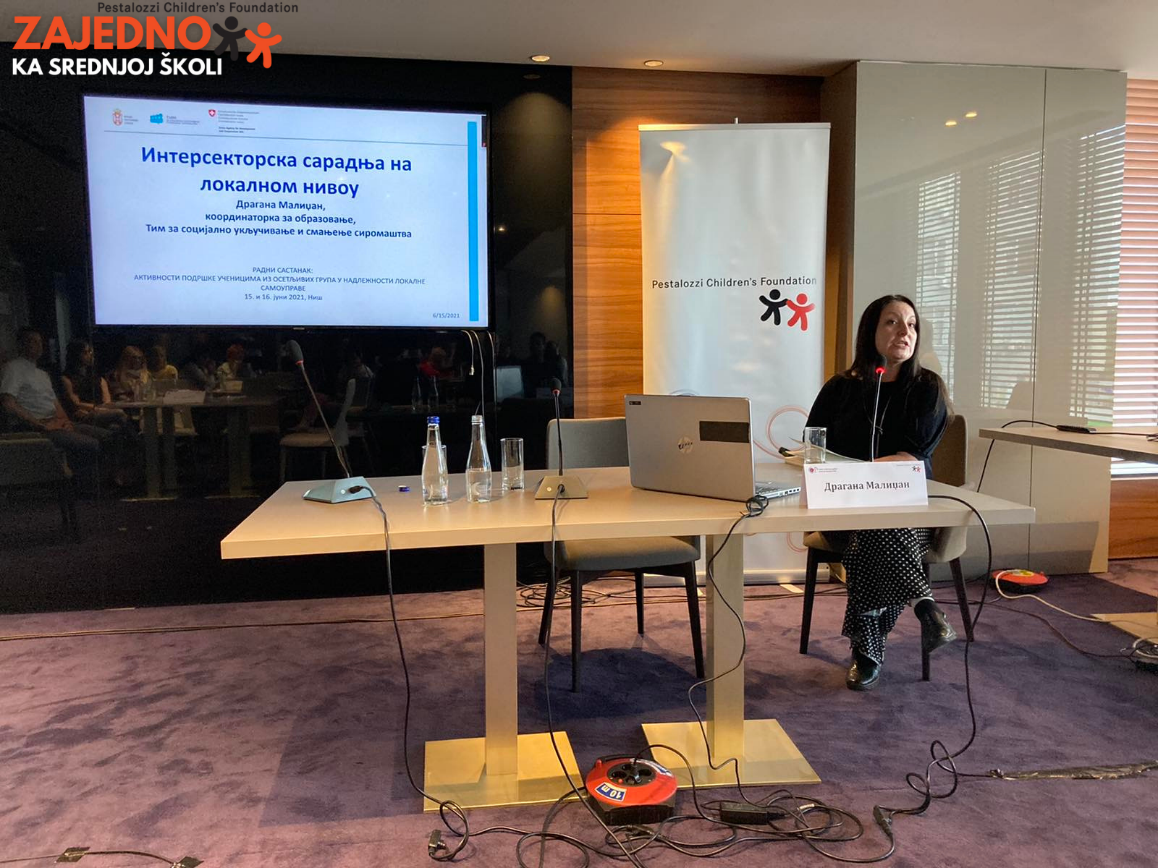